He shall write for himself.... 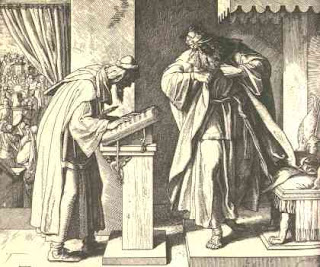 Bible reading is a regular part of our life as individuals and as a family. Julie homeschools Joseph and Micah and most days start with a short devotional reading and discussion. Usually I am already into my day when school starts so the three of them have their special time together. Recently, as sometimes happens, our roles reversed. Julie needed to take care of some things so I was the morning school-master. The kids had been talking about the importance of the Bible as the Word of God so I chose to discuss a passage from Deuteronomy.

When you enter the land which the Lord your God gives you, and you possess it and live in it, and you say, “I will set a king over me like all the nations who are around me,” you shall surely set a king over you whom the Lord your God chooses, one from among your countrymen you shall set as king over yourselves….Now it shall come about when he sits on the throne of his kingdom, he shall write for himself a copy of this law on a scroll in the presence of the Levitical priests. It shall be with him and he shall read it all the days of his life, that he may learn to fear the Lord his God, by carefully observing all the words of this law and these statutes, that his heart may not be lifted up above his countrymen and that he may not turn aside from the commandment, to the right or the left, so that he and his sons may continue long in his kingdom in the midst of Israel. (Deuteronomy 17:14-15, 18-20)
Our discussion was interesting and took some unexpected turns. We spoke of the sovereignty of God. Most of Deuteronomy was written as a retelling of the Law to the new generation of Israelites before they crossed the Jordan to take possession of the land. If we take the document or at least the content as coming from the hand of Moses, then it was probably written around 1400 BC. The interesting thing about this passage is it gives rules for “when” Israel has a king. Israel was a theocracy. They were ruled directly by God through prophets and judges. That was the way God had set up their government. They were to be distinct. However, God knew it would not last and made provision. The Israelites would have another 400 years or so of rule by judges before the time of Samuel and appointment of Saul as the first king.
Next our discussion followed the rules for the king and the kind of character that was expected from a king. For example, the king should not acquire much wealth, nor return to Egypt nor have many wives. Then we talked about 17:18 and following. One of the king’s first acts was to, with his own hand, write a copy of this law. By “this law” Moses probably meant the first five books of the Old Testament (the Pentateuch) or at least the book of Deuteronomy. The king’s copy was to be approved by the Levites who were experts in the law and scribal practices. Then this copy was to become the king’s copy of the law. He was to keep it with him; he was to read it all the days of his life. The purpose of doing this was so that the king would fear the Lord, always observe the law, remain humble and not turn to the right or left.
Copying a book by hand was no easy task in 1400 BC. This was no east task in 1400 AD. Try to copy, perfectly, just chapter 17 of Deuteronomy. Joseph did. He did a good job but it took him some time. We discussed why God would have such a provision. Following are some of the ideas we came up with:

Here is where the conversation got interesting. Someone noted that we don’t need to do this today. We purchase books, magazines, newspapers and often don’t even read them. But what if we had to copy the text of the books or articles we wanted to read? Would we read them more carefully? Then someone noted that we don’t have a king, we have a president and we will have new president soon. I don’t remember whose idea it was, but we talked about this significance of this passage to our modern day election. Well we are not a theocracy so as far as Moses was concerned, there is little application to the US government. However, the idea of having a written document filled with moral, theological and civil ideas and guidelines to guide the leader of a nation does overlap. Both Senator McCain and Obama claim to be Christians. That is between them and God but, if this is true, they should at least have a respect for the Bible and the principles it teaches. What if the new president took this one principle and applied it to his term in office? As a nation we are not ruled by the Bible but we do have three foundational documents, the Declaration of Independence, The Constitution and the Bill of Rights. How much more respect would our next president give these document if, as his first act in office, he hand copied each document, had his copy approved by an appropriate expert, read them regularly and used these hand written copies as his personal reference copies?
We all thought this would be a good idea no matter who won the election. So we decided to send each candidate an email suggesting this course of action.

Disclaimer: The Constitution is an important document but it certainly is not on the same level as the Bible. However, I would have a lot more confidence in president who took both documents seriously.
Posted by The Mosse' Family at 11:52 AM No comments:

What's wrong with this picture?
We took this picture in August on our way home from a Ross family reunion in Herkey Creek near Hemet California. It made us homesick for Ukraine. Do you see why? 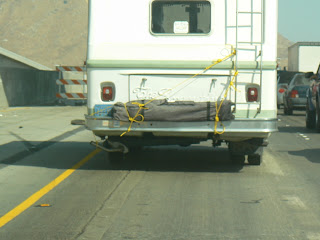 If you don't see it, we can take a closer look. 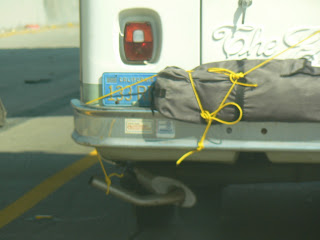 I love California and miss Odessa!

Posted by The Mosse' Family at 2:06 PM No comments: