Some Thoughts on Ephesians 4 - Part V (The Targum) 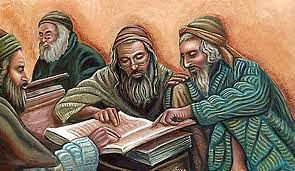 I think this will be the last of my thoughts on Ephesians 4:7-9 for a while.  If we assume that was not quoting the Psalm directly but rather was quoting the Targum or an early version of the Targum, then Paul’s use of the quote is not so daunting a problem.  It is true that the Targum we have is of a late date, but it probably is a representation of an earlier interpretation of the Psalm (Abbott, p. 112).  It also turns out that the Targum has a close parallel with the way Paul uses the quote.  Lincoln points out that "in the Targum on the Psalms the concept of receiving has been changed to that of giving in the same way as in Eph 4:8 - "You have ascended to heaven, that is, Moses the prophet; you have taken captivity captive, you have learnt the words of the Torah; you have given it as gifts to men."  (Lincoln, WBC p. 242, 243). Barth further clarifies the point.  "There is a Targum on Ps 68 in which Moses is identified as the one who ascended on high.  The words "you received gifts" are paraphrased by 'You have learned the words of the Torah, you gave them as gifts to the sons of men.'" (Barth p. 475).  So now, according to the Targum, it is Moses who ascends Sinai or heaven, Moses has taken captivity captive, Moses learned the words of the Torah (probably a reference to the giving of the 10 commandments) and Moses has given gifts to men.  This seems to be more in line with what Paul is saying.  This is especially true when we remember that Jesus was often identified with Moses or the prophet Moses spoke of.  So, under this view it seems that Paul is using something of a typological hermeneutic.  He references the Targum commentary on Psalm 68:18 and replaces Moses with Jesus.  In other words, Paul considers Jesus the better or perfect Moses.

If this is indeed the parallel that Paul has in mind, it is very difficult to interpret the “descent to the lower parts of the earth” as the incarnation, burial or the descent into Hades.  It is difficult because in the Targum Moses ascended, learned the words of the Torah and returned and gave them as gifts to men.  The ascent happened and then the descent.  If “the lower parts of the earth” is the incarnation, burial or descent to Hades then the order must be the opposite.  He must descend and then ascend to heaven.

There are two more points that I think point us to the interpretation of, “lower parts of the earth” as the descent of the Spirit at Pentecost.  The first is that in 4:10, Paul makes it very clear that the one who ascended and the one who descended are the same person.  This would not be necessary if he were talking about the incarnation, burial or descent into Hades.  It was a basic assumption in the early church that the Jesus who was incarnate, died, was buried, rose and ascended to the Father was all the same Jesus.  If this is true then why make sure that it is clear that the one who ascended and descended is the same person.  The second point that points to Pentecost is the context of the passage.  The one who descended and gave the gifts, gave the gifts to the church.  The gifts were apostle, prophets, evangelists, pastor’s and teachers (or possible pastors who can teach).  The purpose of the gifts were to equip the saints to do the work of ministry and build up the body of Christ.  In the New Testament, the one who gives these kinds of gifts to the church is, without question, the Holy Spirit.  Jesus clearly says that He will send the Spirit after He (that is Jesus Himself) ascends (John 16:7).  So by Jesus words, He must ascend to the Father in order to send the Holy Spirit.  In Paul’s words Jesus did ascend to the highest heaven and descended in the Holy Spirit to give gifts to men.  Under this interpretation, it is easy to understand why 4:10 is necessary.  Not everyone would understand or assume that in a Trinitarian sense the one who ascended and the one who descended are the same.

G.B. Caird gives further insight by pointing out that in the inter-testamental period, Psalm 68 was an appointed Psalm for Pentecost and the giving of the Law at Sinai had also become an important part of the celebration at Pentecost (Caird p. 540).  This strengthens the idea that Paul has the idea of Pentecost in mind.  It is logical that he would use a Psalm that educated believers understood as connected to Pentecost.

Finally, our study or at least my study has brought me to the conclusion that when Paul says that the one who ascended also descended “to the lower parts of the earth” he is speaking of the descent of the Spirit of Christ at Pentecost.  In summary form the things that most influenced this conclusion were the following: