I Just Don't Get It! 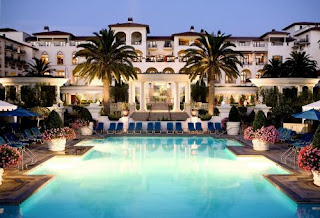 In October, after receiving $85 billion in bail out finds, AIG spend $440,000 hosting a corporate retreat at St Regis Monarch Beach resort, on the California coast. (see http://www.wisebread.com/the-aig-retreat-pictures-why-its-worse-than-you-think). Today we are surprised and indignant that AIG is paying bonuses.

Let me get the big picture in focus. AIG executives manage to loose $61.7 billion in the fourth quarter of 2008 taking the prestigious record for the largest corporate loss in history. The US government gives these same executives $170 billion in bail out funds to save the company because the company is "too big to fail." Now everyone is surprised that AIG turned around and paid out more than $165 million in bonuses to these same executives. I don’t know who I am more disgusted with: the people who give out our tax dollars, the people who receive them or the people who are suprised that business practices haven't changed. If we give billions of dollars to people who have mismanaged billions of dollars, why are we surprised that the money is mishandled again?

The $165 million was payable to executives by Sunday and was part of a larger total payout reportedly valued at $450 million. The company has benefited from more than $170 billion in a federal rescue.

AIG reported this month that it had lost $61.7 billion for the fourth quarter of last year, the largest corporate loss in history. The bulk of the payments at issue cover AIG Financial Products, the unit of the company that sold credit default swaps, the risky contracts that caused massive losses for the insurer.

The Sunday shows have paraded a number of solutions:

"Maybe it's time to fire some people," he said, adding that the bonuses were "rewarding incompetence." Rep. Barney Frank, D-Mass

Paul Kanjorski, D-Pa., chairman of the subcommittee, said in a statement that lawmakers would investigate the bonuses at the hearing.

How hard is this? If you want help…don’t pay bonuses, don’t take corporate vacations, no raises, use every cent of your capital to strengthen your company until you can stand on your own and pay back what you borrowed. Then you can do what you want.

I can hear it now. But we have contractual obligations! Answer: Not our problem!!! If you want the money, those are the conditions, you figure it out.

Posted by The Mosse' Family at 9:39 AM No comments: